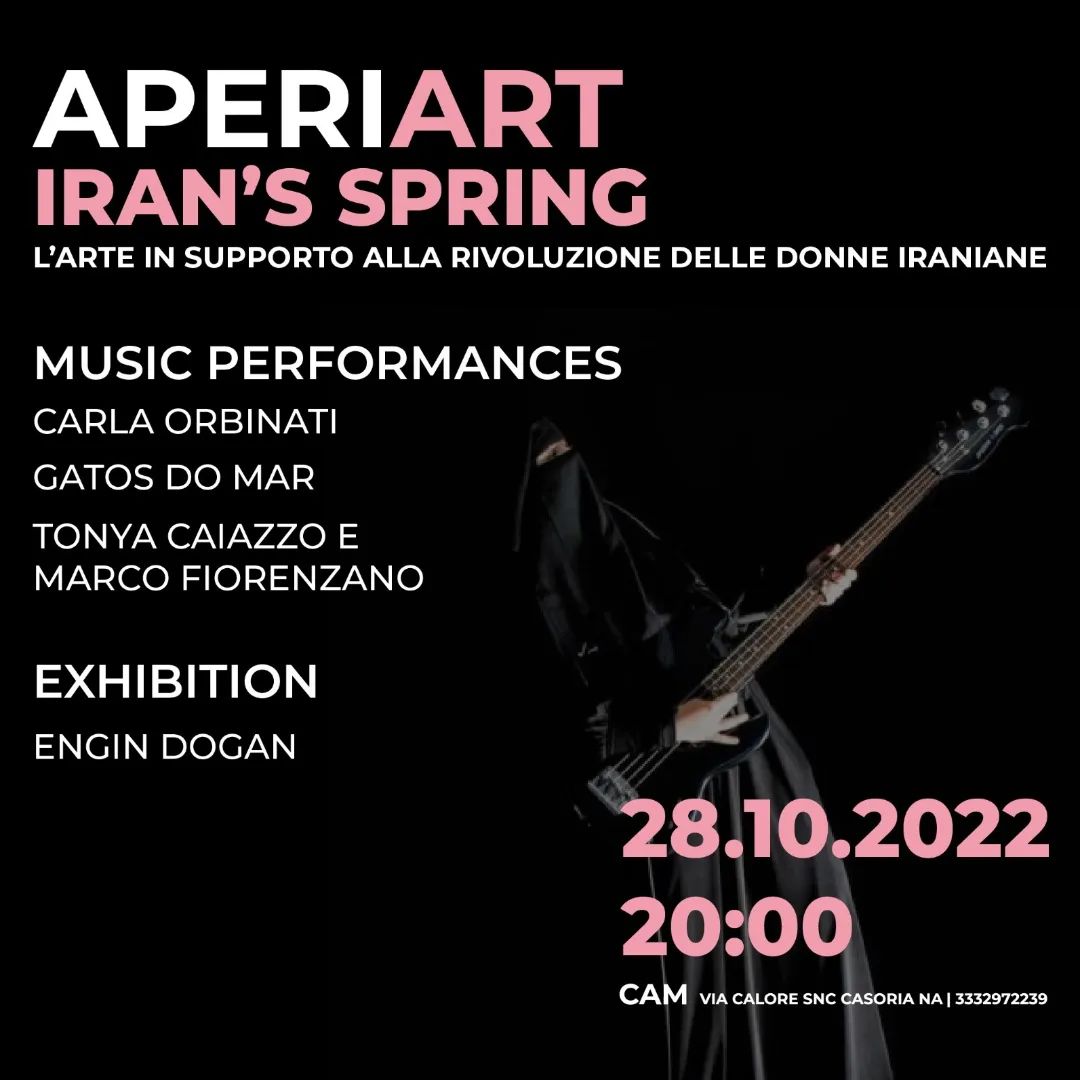 EXHIBITION
Engin Dogan
THE OTHERS

Iran’s spring is a focus on Iran, it is the support of art to the revolution of Iranian women, to their battles for freedom.
It is a look, through the production of Persian video art, of the messages of protest against the oppressive power of the government and launches strong points of reflection on Iranian society and above all on the subordinate condition of women but also against corruption and poverty, against discrimination. ethnic, against religious fundamentalism, against intellectual conformity and for political freedom against state terror. Iranian women demand a country free from religious and political dogmatism in which human dignity and justice prevail and where everyone can enjoy a fair and non-discriminatory society.