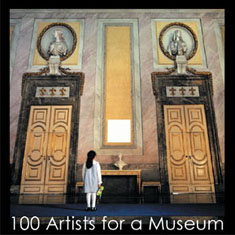 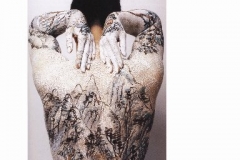 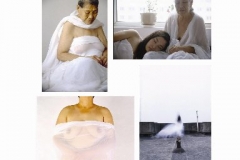 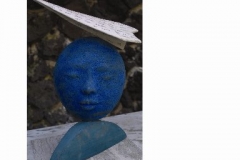 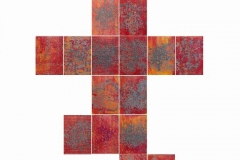 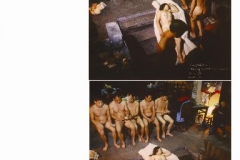 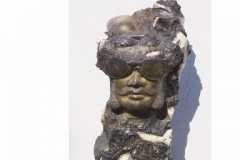 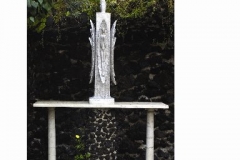 THE GLOBAL NETWORK OF ARTISTS
Simona Ciuccio
The town of Casoria and the “International Contemporary Art Centre Association” have embarked on an ambitious project. They are planning to develop a museum of contemporary art a few kilometres from Naples. This alone is not astounding, as it has been recognised in the last twenty years that it is important to create institutional places that are responsible for preserving contemporary art and making it accessible for a large public. What is unusual about this concept, is that the artistic manager Antonio Manfredi is not a theorist himself, but a visual artist who has been working in this region for about twenty years. This makes the project unique in its setting. An artist can never have and would never want to have the same perspective as an art historian or art critic, as he knows the artistic issues and problems not only from the outside, but from the inside as well. He cannot only imagine, he knows precisely what it means to start a new work of art, to stand in front of an empty canvas or to realise a new artistic concept, he is confronted with it daily.
The Casoria International Contemporary Art Museum, which is in construction now, is expected to open to the public in 2007/2008. It is known that a collection is an essential part of a museum that can be viewed besides the changing exhibition. How does such a collection come into being? Here too, the future museum goes its own way. The concept is simple, but none the less innovative and meaningful. So as not to have to fall back on an already existing collection, artists from all over the world have been asked to participate in the exhibition “100 Artists for a Museum”. After the exhibition the displayed works of art will form part of the collection of the future museum. The project will span the next three years. Thus the museum will already have a collection of around 300 works of art of internationally esteemed artists when it opens. These temporary exhibitions give the public a taste of what there will be to see in the new museum. In other ways the art centre is already active as well – it is planning to and has already begun to organise symposiums and other activities. The aim of these events is to bring this new “sight of art” to life and to give the public a chance to confront itself again and again with issues and questions of contemporary art and to let them get to learn more about it.
In the exhibition “100 Artists for a museum” artists from 40 countries will be represented. Just from looking at the large number of participating nations one can imagine that the aim isn’t simply to find a common denominator or common trends within contemporary art. The global network of artists will focus primarily on what they have in mutualities and differences in issues and materials. This might possibly lead to a lively discussion and positive argumentation.
The range of artists in the museum’s close surroundings is wide. Renato Barisani from Naples (born in 1918), has been an important influence on the art of that region in the last century and is represented along with a number of younger Neapolitans. Christian Leperino (born in 1979) works with video, photography and performances and shows us here with his exciting drawn that painting is as up to date as ever.  Monica Biancardi is another example of someone who knows how to touch the human soul with her sensitive photographs. She achieves this by pointing out issues of human existence that are timeless.
The two artists from Switzerland Sybille Pasche and Pasquale Ciuccio represent two different positions of contemporary sculpturing. Whereas Sybille Pasche puts the emphasis on certain stones and on studying these stones in detail, Pasquale Ciuccio’s groundinstallation in which he uses an ultramarine layer of paint requires more than a glance to understand that here too stones form the basis. The sculpture appears to be so light that it almost seems to float on thin air and lift off the ground.
Besides a number of European artists, many artists from other continents are represented, for example Iriada Cano from Guatemala and Raquel Schwartz from Bolivia, who impress with their installations. Li Tianyan from China fascinates the spectator with his complex photograph and he testifies what the public has known since the penultimate Biennale in Venice – that China, as art from other non European countries as well, has a lively and attractive art scene and that our view has to be global so as not to miss any of its up-to-dateness or beauty.
Looking at the works of art of these 100 artists, one can definitely say that with the heterogeneity and wide range of contemporary art the collection in Casoria will give us the possibility again and again to touch new issues in the discussion of contemporary art.
Baden Baden, April 2005