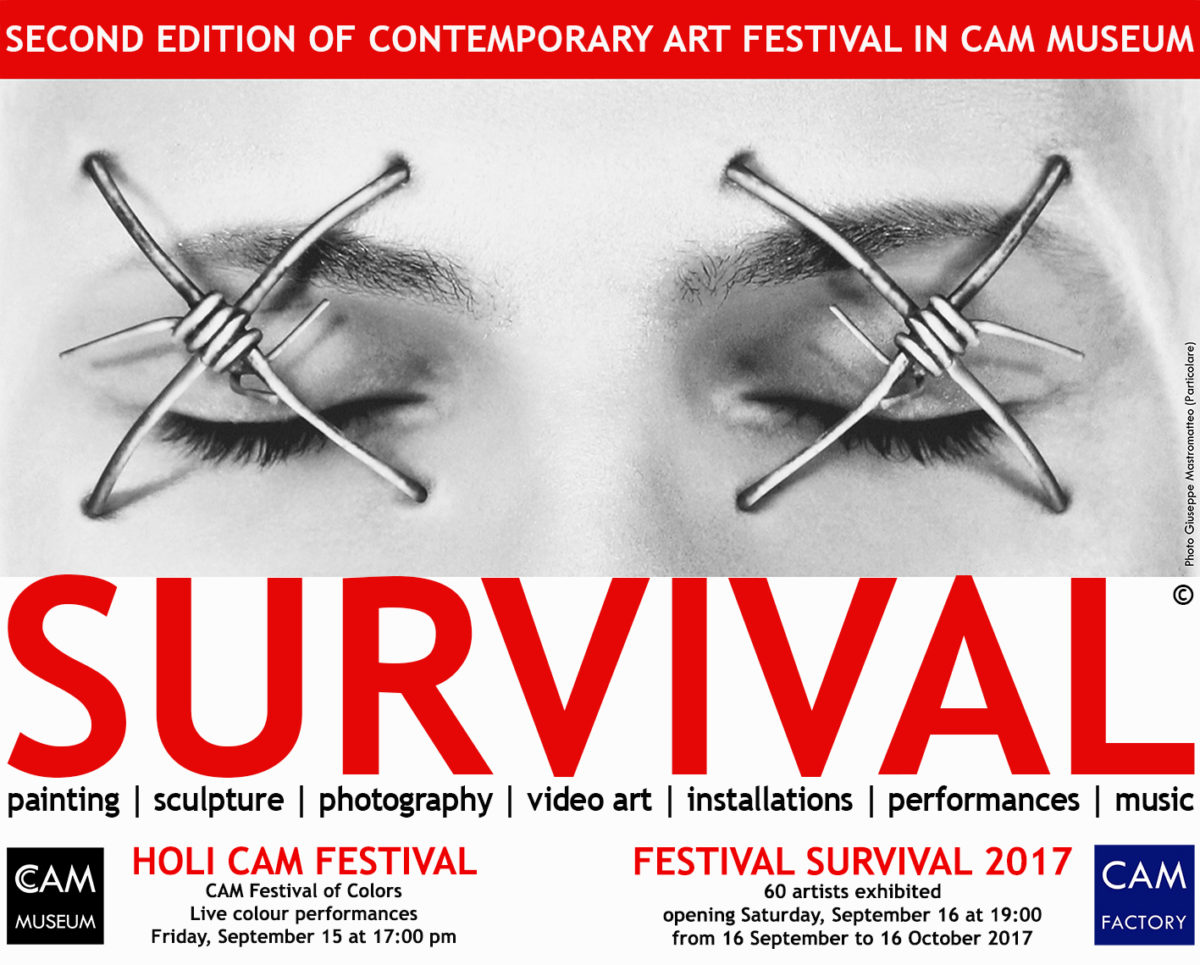 More than 60 artists from the Middle East, Europe, Africa, India, Balkans, America and Australia in a major exhibition/show where exposed painting, sculpture, photography, video, installations and music performance.
Friday, September 15 at 5pm you can attend the FESTIVAL HOLI CAM_The Festival of Colors and Art. Live performance with the participation of the public.

This Festival common thread is about contemporary art survival in today society and the program consists in a big exhibition, performances, live music, meetings and workshops. An extraordinary visual and media event launched by CAM museum involving international artists exhibiting inside a 1.500 sm large area, to provide answers to such questions: What’s contemporary art today? Where is it going? Has the artist any role in contemporary society yet? Is he free yet? Is there any difference between artistic common thought and aesthetics as imposed by worldwide speculative art market? Has culture become a machine producing art as consumption commodity or is the idea of art as free, able to raise our spirit, existing yet? Can art, the way we know it, survive in the society of capitalist commodification? Is Ikea going to be the future for those artists out of big galleries commercialization? How about museums and art galleries, are they becoming Happy Hour lounges in order to get audience?

no images were found

With the participation of:
SUN Aversa Department of Architecture and Industrial Design DADI of the University of Campania “Luigi Vanvitelli”
University of Art of Norwic, UK
Fondazione GENS Onlus, Napoli

With the collaboration of:

With the support of: