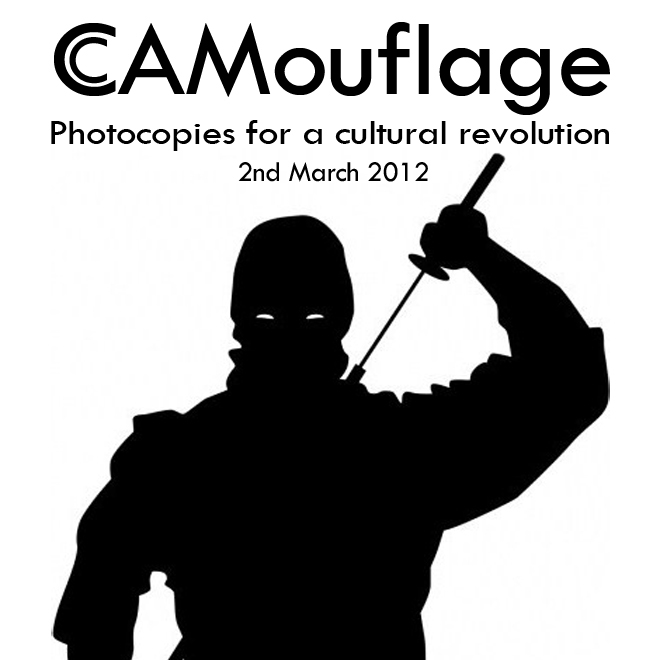 Starting from March the 2nd 2012, the CAM Museum in Casoria will cover the artworks of its permanent collection and only show their reproductions due to its acknowledged impossibility to guarantee the sufficient standard for their preservation, enjoyment, improvement and promotion missing economic resources and social support. Though the visitors will be welcome, it will be denied to them the chance to enjoy the works but with photocopies, like to many other spaces in Italy as well as Europe is denied the opportunity to make culture available. In Tacheles gallery in Berlin as for Madre museum in Naples, in Valle theatre in Rome as for the Riso in Palermo, as for the cuts to British and Dutch museums, the resources for cultural activities and programs dramatically reduced. In a society where everything is Merchandising, Benefit, Marketing; where banks, economic and financial lobbies rule and monopolize markets; where governments are absent, impotent or collusive; where culture and scientific research seems an unbearable burden during economic slump, CAMouflage_Photocopies for a cultural revolution, is the art protest for civilization and CAM, in a place of Camorra, says Enough! by becoming a place for challenge.

On the occasion photocopies of the 1.000 works of CAM permanent collection – definitely substituting the original works – will be sent to the President for Culture and Education at the European Parliament, Doris Pack, to the Italian Minister for Cultural Heritage and Activities, Lorenzo Ornaghi, to the President of the Campania Region, Stefano Caldoro and to the Major of Casoria city, Vincenzo Carfora. 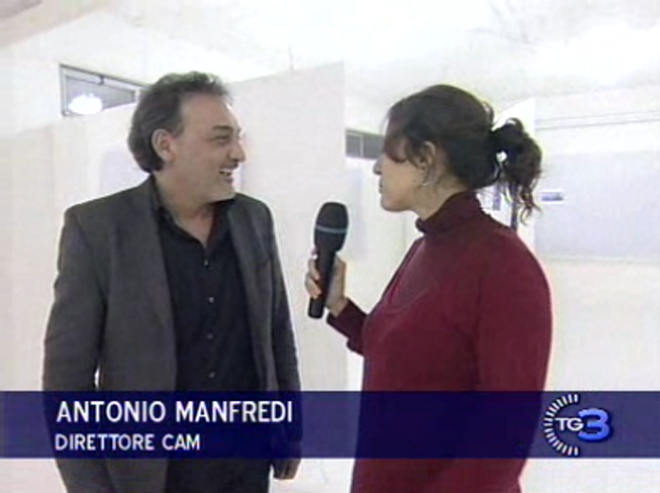 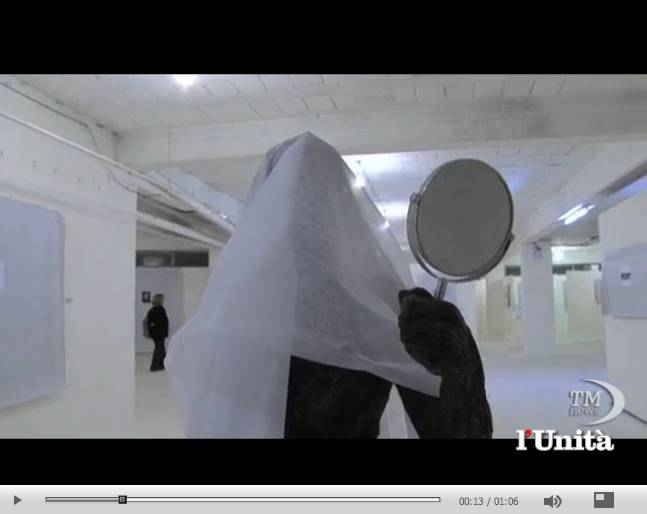 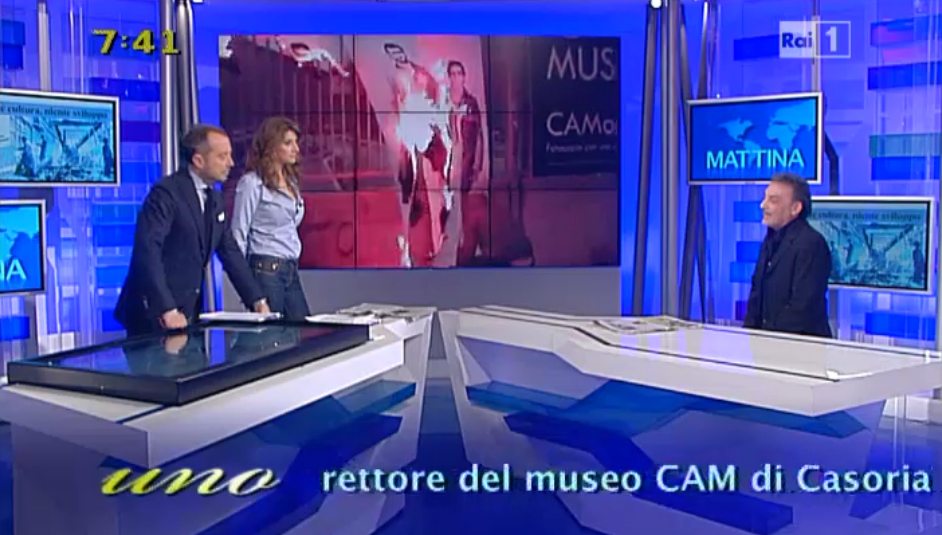 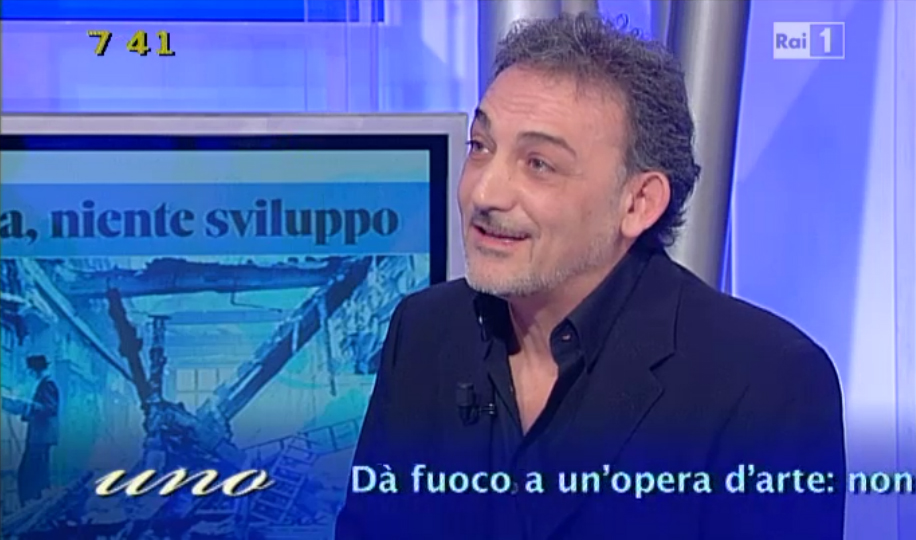 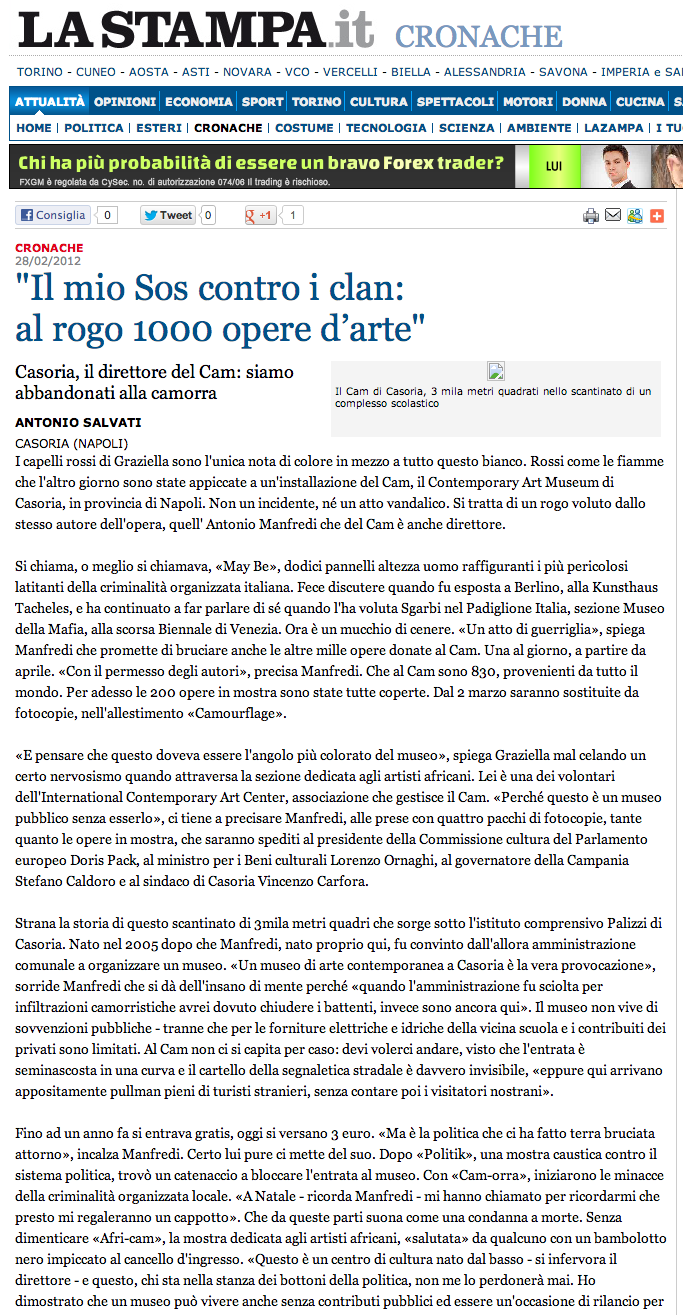 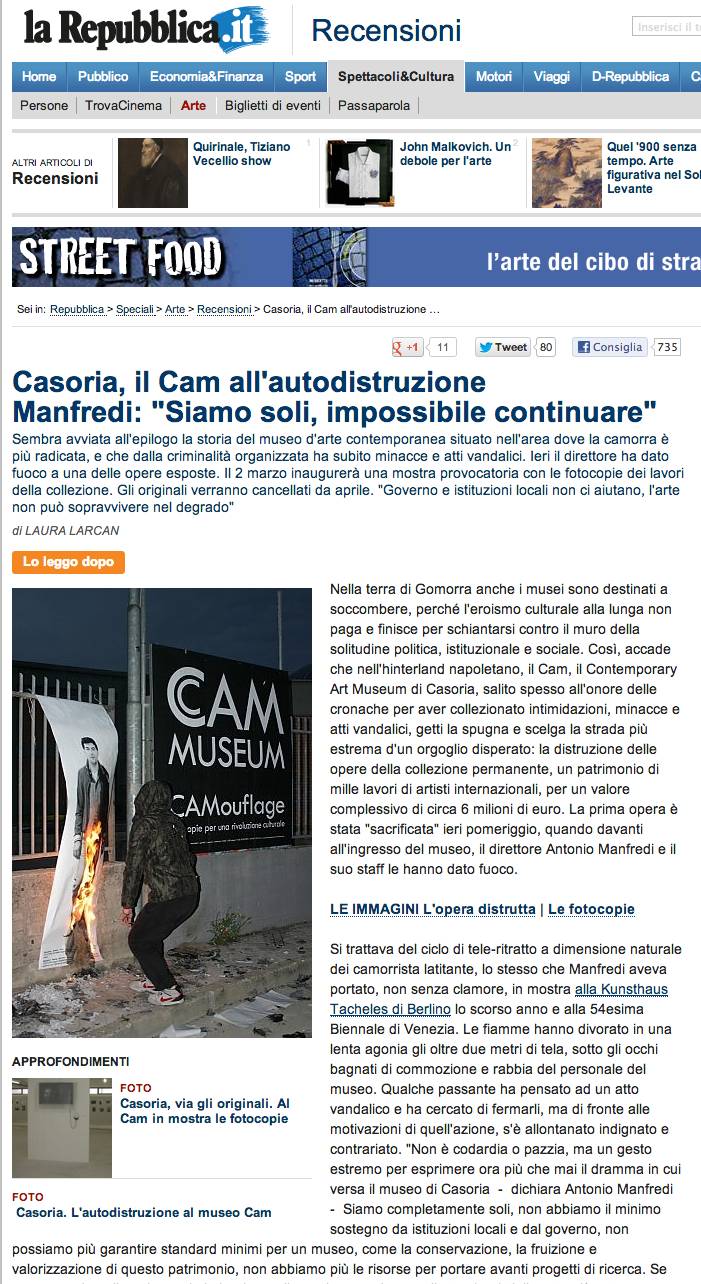 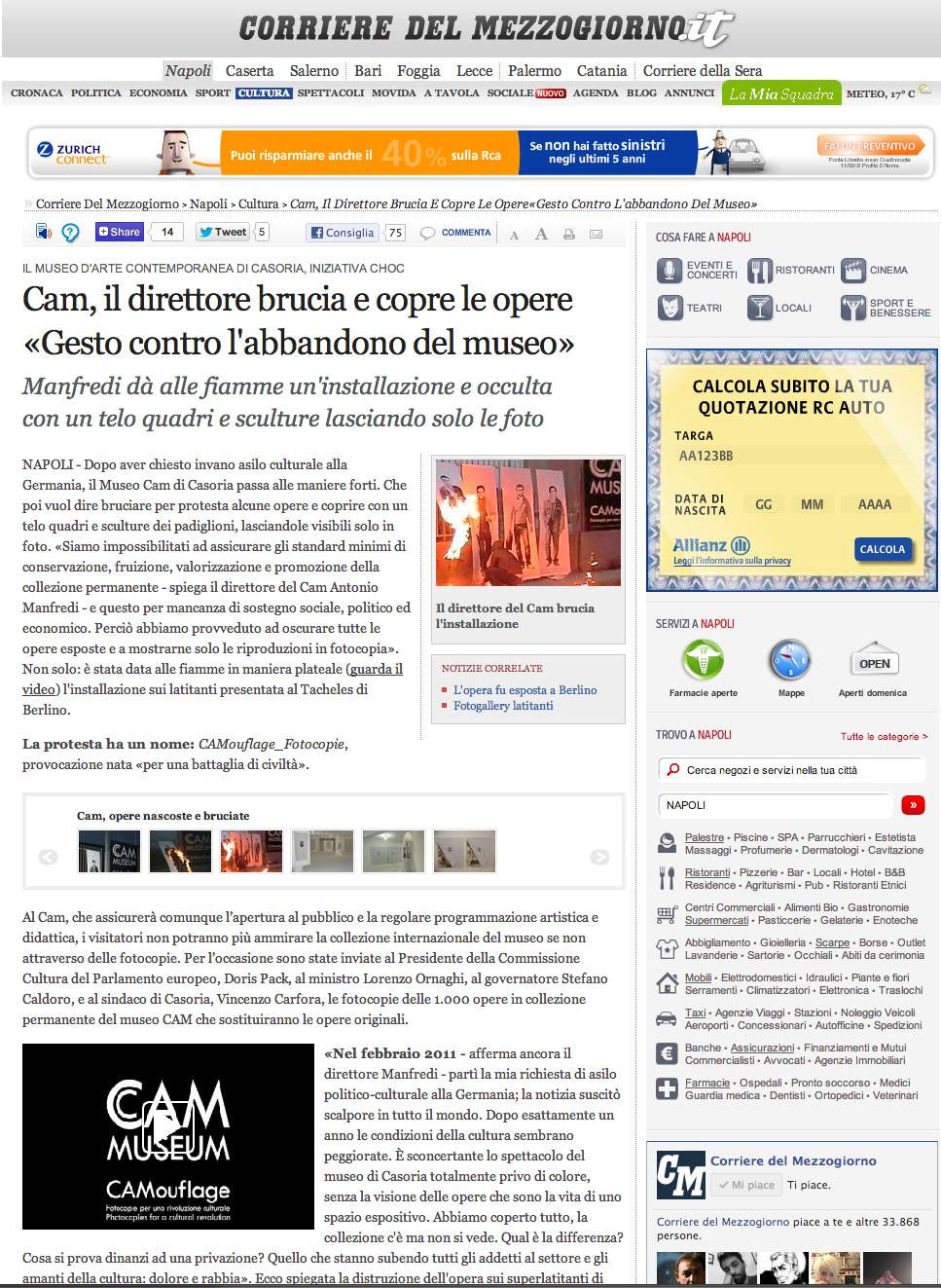 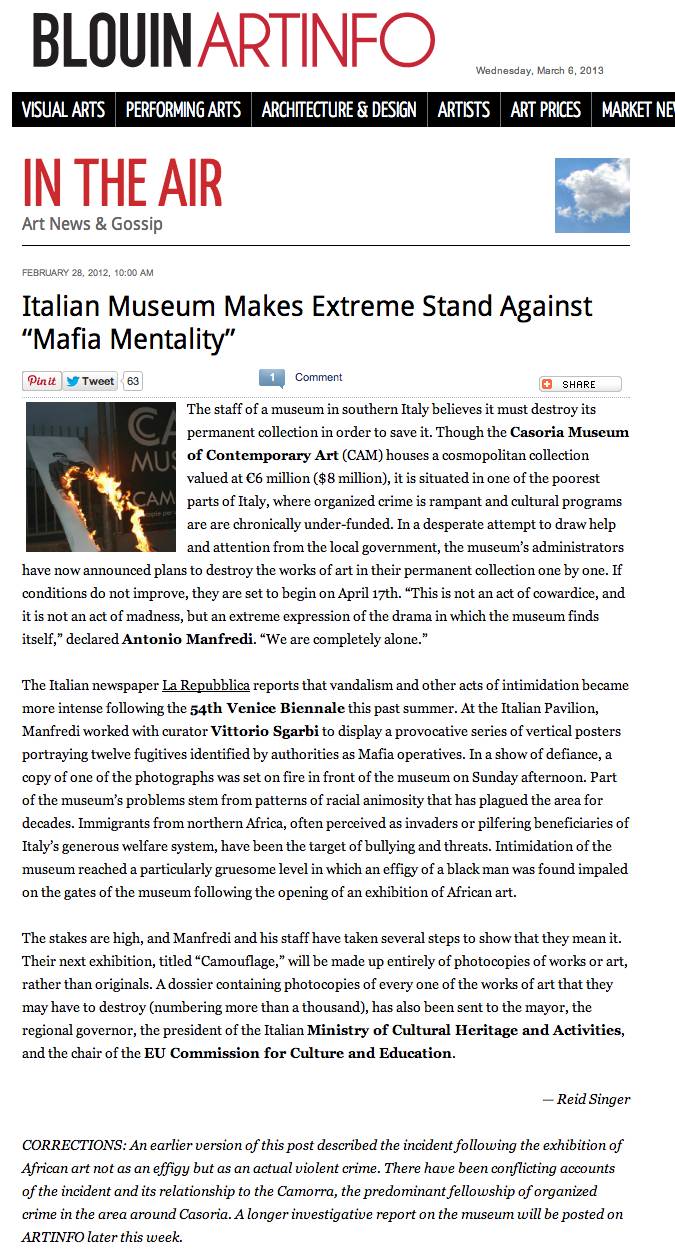 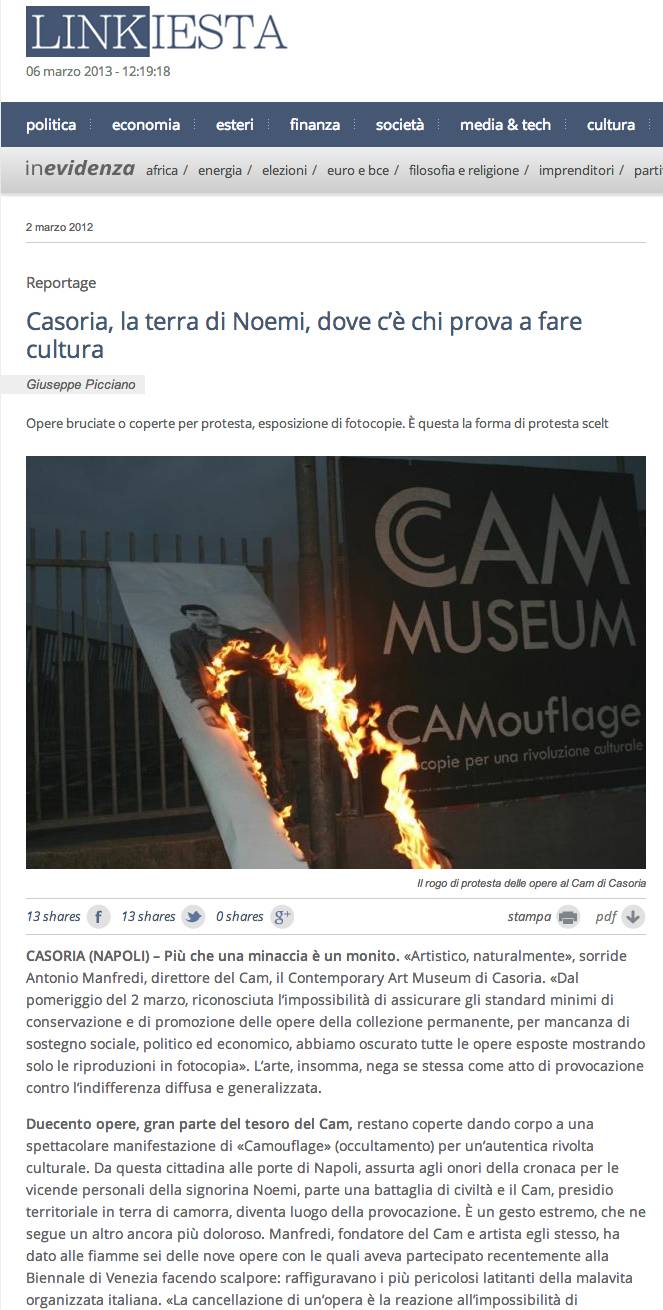 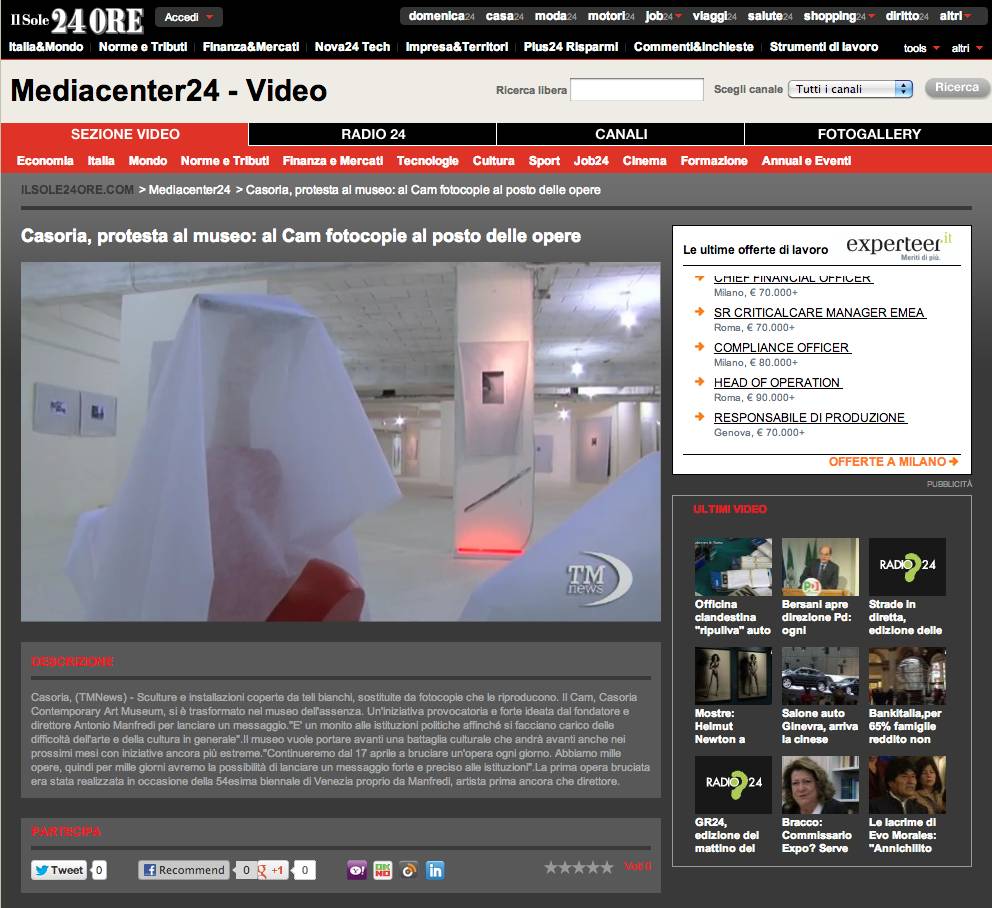 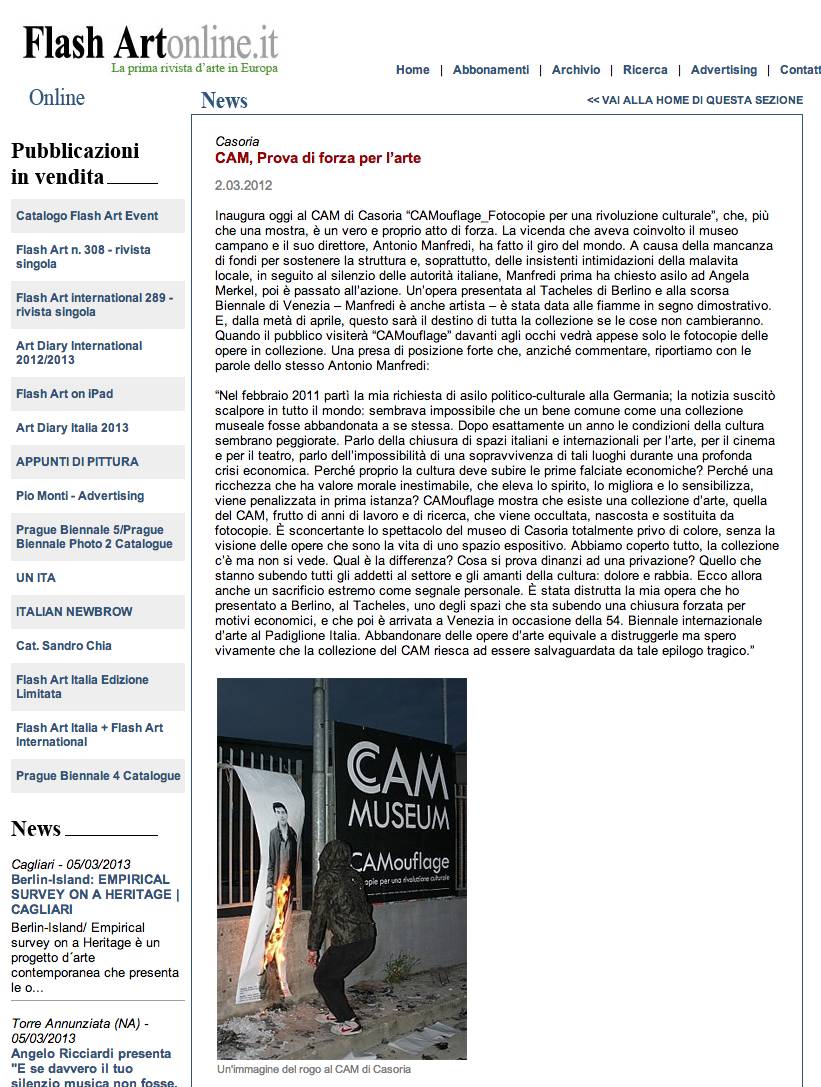 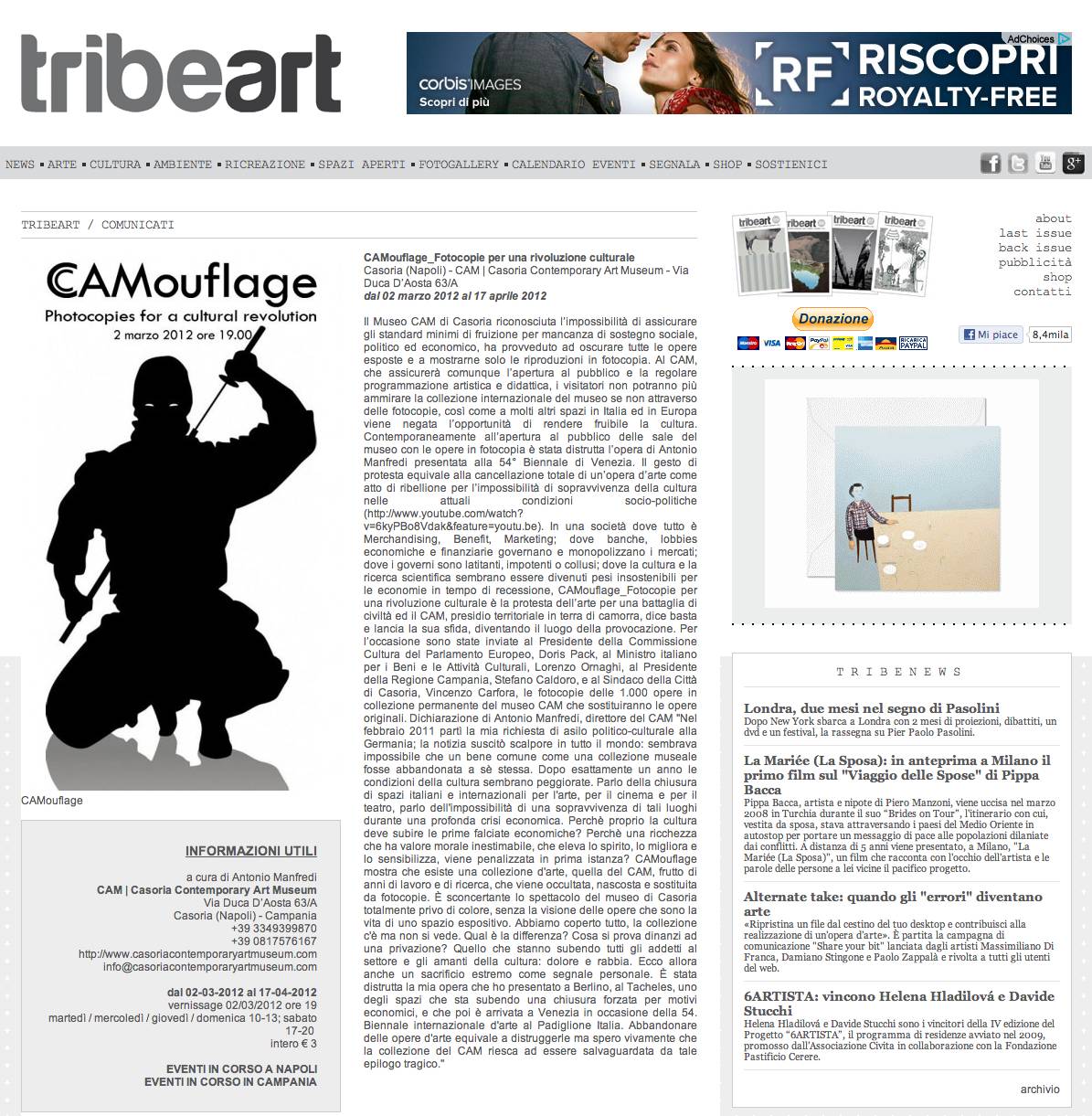 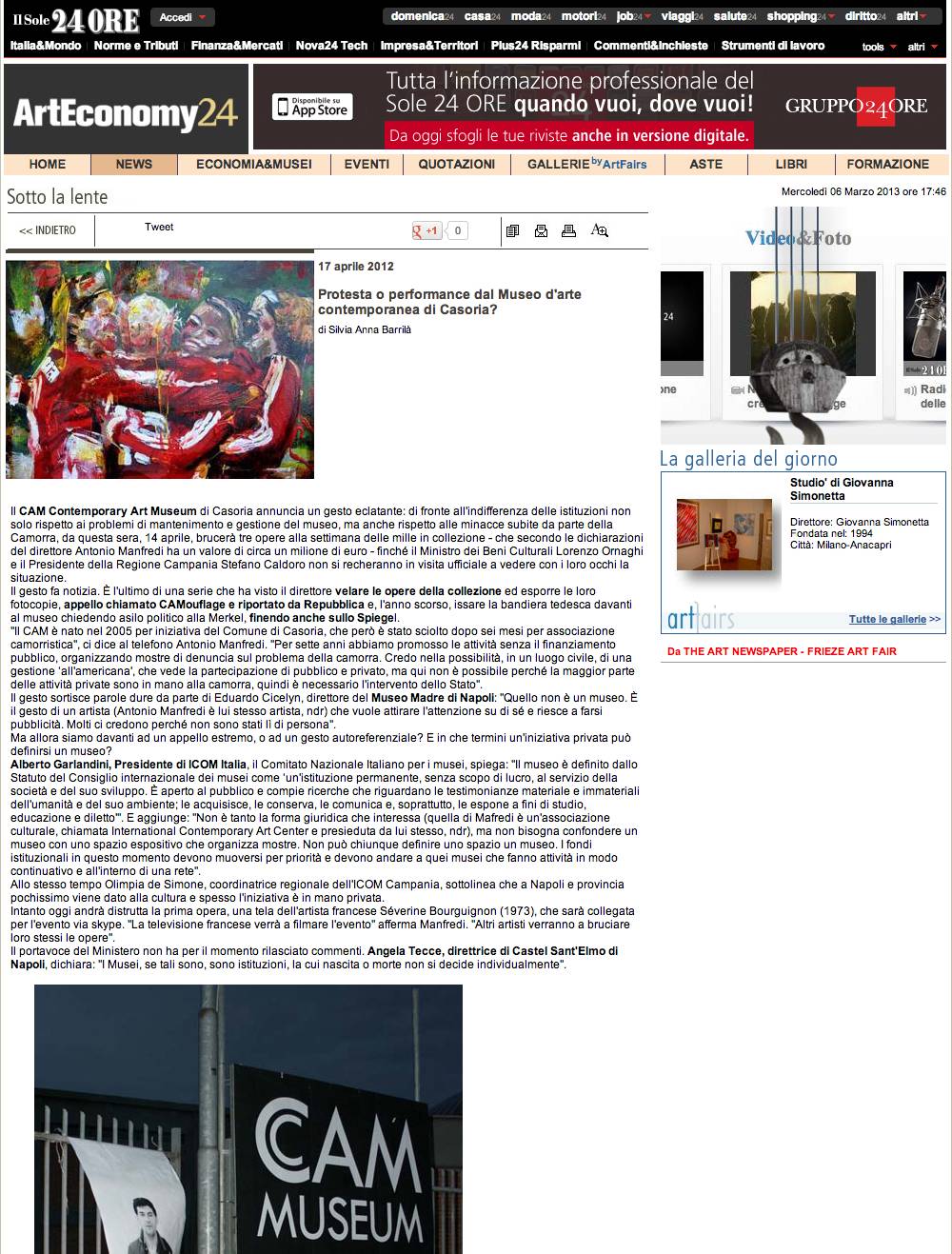 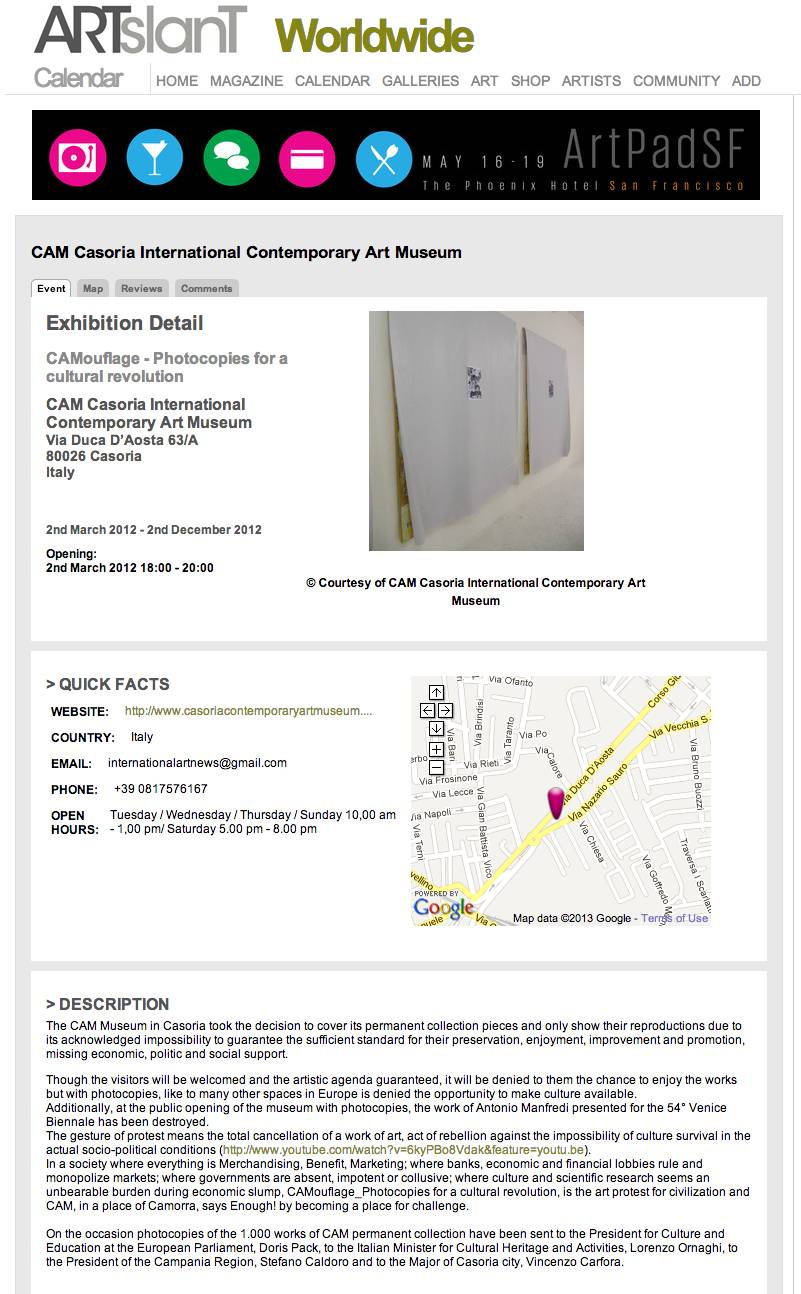 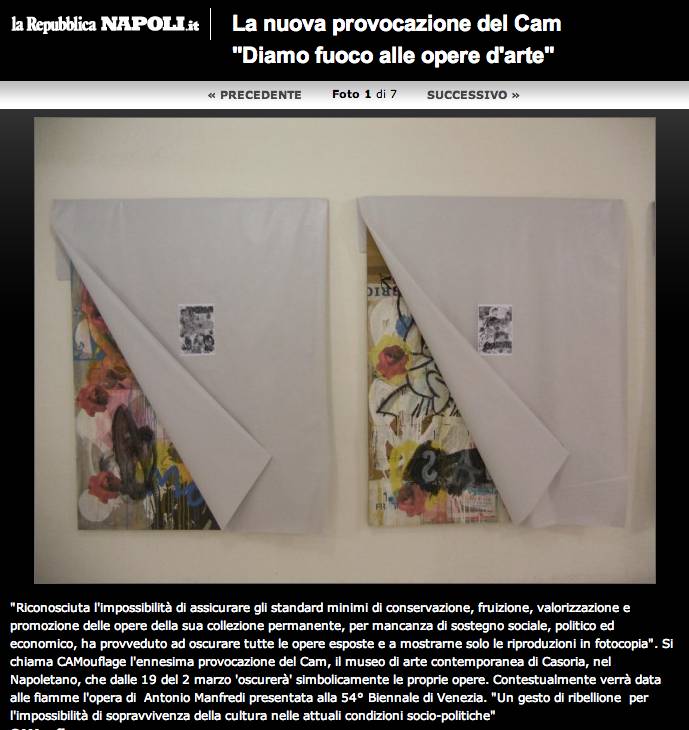 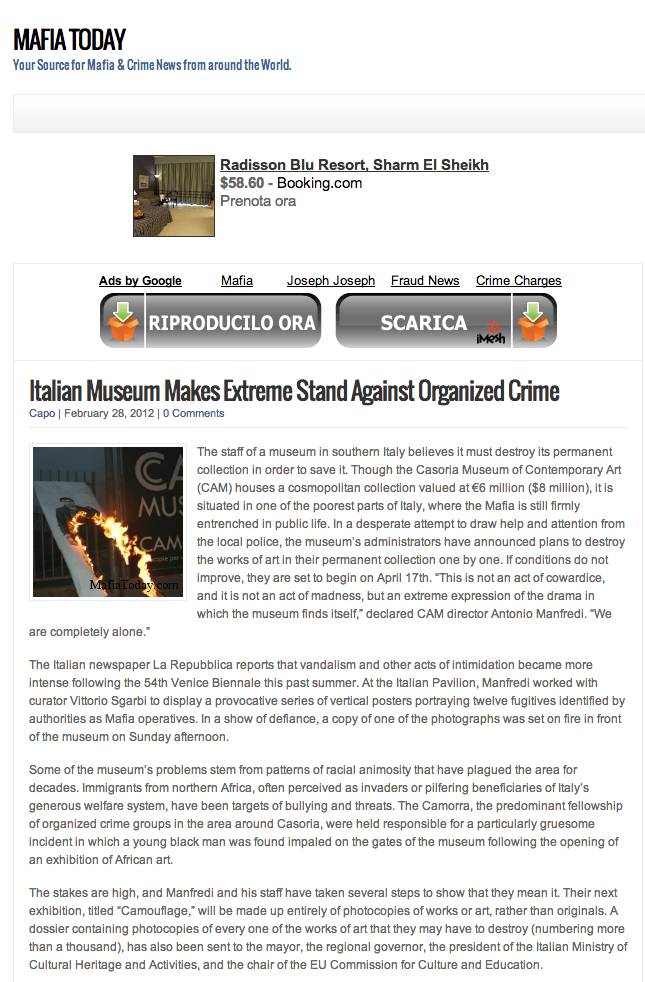